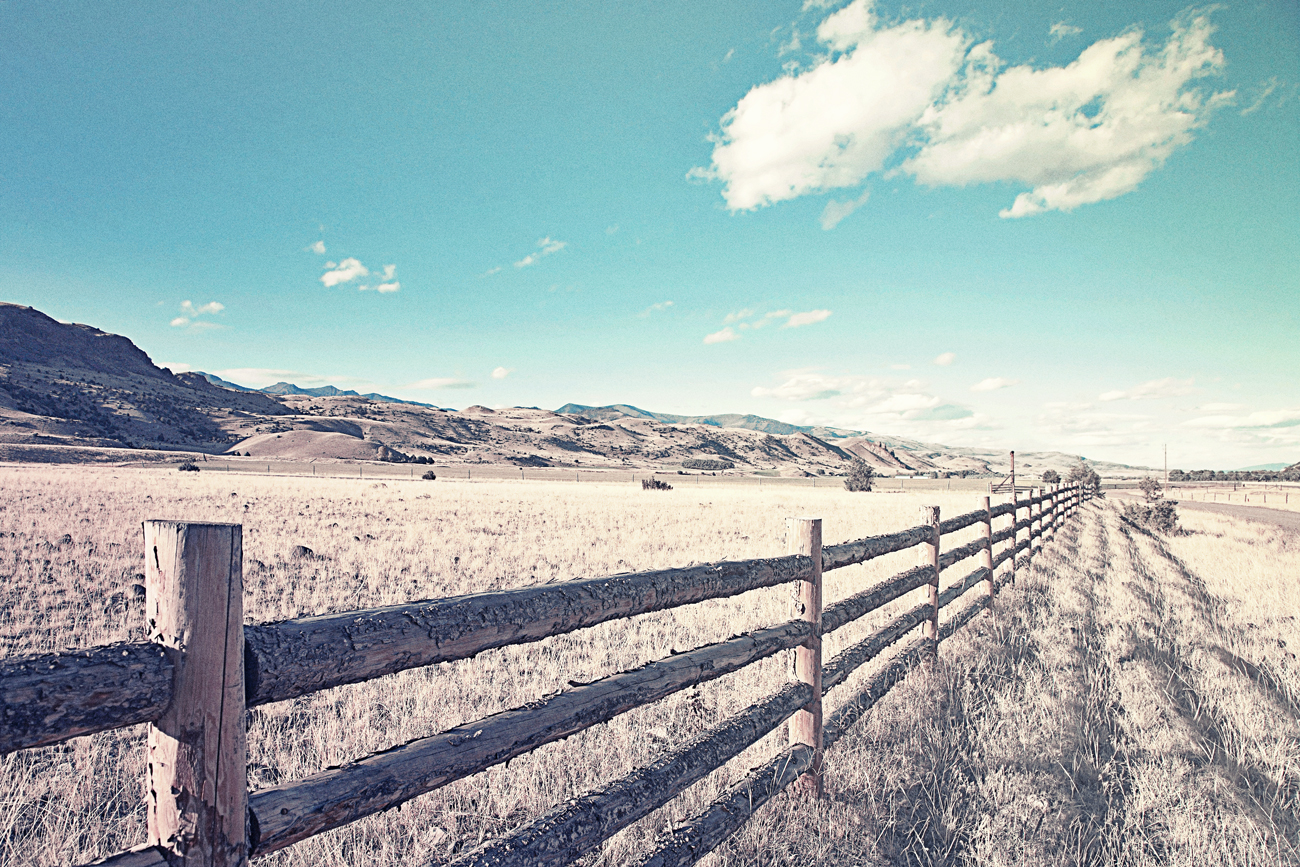 Effects of wildfire smoke on cattle: What research is out there?

Wildfires across the country have constantly made headlines over the past decade. 2020 had the most acreage burned in a single year in decades with 10.3 million acres burned by wildfires in the United States, according to the National Interagency Coordination Center.  Cattle producers, especially in the western U.S., are acutely aware of the hazards of wildfire as the frequency and intensity of these events continues to increase. Changing grazing patterns, loss of feed supplies including pastures, and suboptimal animal health are all major concerns when wildfires break out.

Animal well-being during stressful environmental events can be difficult to measure. Studies in California from 2017-2018 demonstrated negative effects on the cardiovascular system in cats and pregnancy rates in Rhesus macaques at a research facility, in addition to immune suppression.1 While wildfire smoke effects in humans could be inferred to animals, specified research looking at cattle is needed to truly understand the potential effects. While previous research in Australia and the U.S. has attempted to survey the effects of wildfire smoke in animals, focused studies on livestock remain scarce.

To better understand the production losses from wildfire smoke, a team of researchers at Oregon State University (OSU) sought to identify what impacts producers saw after wildfire season. Juliana Ranches, assistant professor and extension beef specialist, expanded on a recently published study (2021) that surveyed livestock producers in California, Nevada, and Oregon about their perception on productivity in their herds post-fire.1 “Livestock in all sectors, including beef and dairy operations, reported lost productivity in some way,” Ranches explains. “The producers helped us recognize both direct and indirect losses from wildfire smoke exposure.”

The survey found indirect losses were primarily associated with smoke inhalation and included cases of pneumonia and reproductive losses, such as reduced conception, low birthweight, rare abortions, poor weight gain, and drops in milk production. Stress from evacuations or confinement following the fire were also considered. Burns and burn associated deaths or euthanasias, evacuations, and pasture losses were included in direct losses. The producers who contributed to the study demonstrated the wide effects that wildfire smoke can have on various livestock species, including beef cattle, dairy cattle, goats, and sheep. Evacuations and loss of pasture were important factors in causing stress to animals. Commingling of animals at rescue locations also appeared to be a stressor. All of these could potentially have long term effects on overall productivity, though more research is needed.

Ranches, along with Jenifer Cruikshanks, assistant professor and dairy specialist at OSU, have started collecting baseline data on beef and dairy herds this year as part of a U.S. Department of Agriculture grant. “Evaluating blood markers characterizing the immune response over time will provide more information on how smoke inhalation affects productivity,” Cruikshanks adds. “Data is still being collected but we are looking forward to the results and how it can help producers respond to wildfire disasters.”

More studies are being conducted to determine physiological effects of smoke inhalation in dairy cattle. Particulate matter is found in wildfire smoke and is a known air toxin that can contribute to illness in humans.2 Amy Skibiel, assistant professor at the University of Idaho, specializes in lactation physiology and has seen immune cells responses to wildfire smoke in dairy cattle. “Smoke inhalation has negative effect on circulating immune cells which can hinder the respiratory system, the first defense against smoke inhalation,” she explains. “Temperature Humidity Index (THI) also compounds the effects of wildfire smoke. Our studies showed negative impacts on metabolism, milk production, and immune system function when cattle were exposed to either or both wildfire smoke and high THI.” Not only was milk yield affected, but milk components also such as protein and butter fat were negatively affected which can further impact the producer’s bottom line. Blood components including white blood cells and red blood cells also changed when exposed to wildfire smoke and particulate matter.

Pedram Rezamand, professor at the University of Idaho, has studied how particulate matter affects dairy systems in the Pacific Northwest. “Our research looks at the cellular physiological response and how wildfire smoke and particulate matter causes the reaction it does,” he describes. “Pulmonary physiology is the same between dairy and beef cattle even though the management systems are different.” The team recently completed a similar study in dairy calves and found that wildfire smoke and high THI negatively impacted the immune system and increased the risk of respiratory symptoms such as cough and eye discharge in days after the wildfire event.3 Since beef calves in the region are kept outside like dairy calves, the results could be considered comparative, though beef specific studies would confirm the results.

Rezamand’s experience in dairy nutrition also reveals how the immune system responds to stressors such as wildfire smoke. He says paying attention to vitamin and mineral status of feeds is essential to preparing the immune system before an environmental stressor occurs as antioxidant and anti-inflammatory properties will naturally occur with good nutrition. In the Beef Checkoff-funded Beef Quality Assurance (BQA) program, nutrition is recognized as the cornerstone to a healthy animal, from the calf to the adult. BQA guidelines recommend working with the herd veterinarian to develop vaccination plans, including those for pregnant cows to optimize colostrum production, ensuring calves receive colostrum in the first 4-6 hours of life, and providing quality feed and clean water throughout the animal’s life. Drought can intensify the effects of wildfires, not only from fueling them, but also challenging producers to ensure supplementation or adding in feed varieties that offset the drought-stricken forage that may be lacking in nutrients.

When asked about how producers can best care for their animals during wildfire seasons, the researchers answered with strategies already recommended in the BQA program. When monitoring cattle, pay attention to signs of respiratory irritation such as coughing, fast or heavy breathing, and general signs of illness such as droopy ears or discharge from nose or eyes. Reducing exercise or movement during these periods will help the animals recover more quickly, as wildfire smoke and higher temperatures can cause increased respiratory rates and lead to bringing in more harmful particulate matter into the body. Low-stress handling and good stockmanship will be even more important during times when air quality is poor. Constant and clean water sources for proper hydration is key because it will help the immune system, minimize effects of heat, and help clear respiratory airways. Even though the wildfires themselves are hard to predict or control, cattle producers can continue to provide quality care to their herds using BQA principles.

The long-term effects of wildfire smoke have not been studied yet, though both research groups are seeking funding to complete this research. Their ideas include identifying immune response factors to understand how health outcomes are affected by wildfires. In addition, discovering the indirect impacts on the fetus if exposed to smoke during pregnancy and whether this exposure and associated health effects go beyond one generation of cattle will be valuable to both beef and dairy producers.

The research realm of wildfire smoke effects on cattle is relatively new and these studies have started raising awareness for this important area. As such, the collaboration that both research teams had with livestock producers during their studies was integral to finding results. Ranches stated, “Finding practical solutions to problems that producers are seeing is a major goal of our team and having producers being willing to participate was and will be key to future data collection.” This sentiment is mirrored with the other researchers as exploring in depth how wildfire smoke affects cows, measuring that effect, and working on solutions. “We want to interact with producers at every step because we want to test what they are observing out on farm,” Skibiel adds. She sees it as a reciprocal process where both sides create awareness of the problem and find opportunities for resolutions.

While we may not have much control over the immediate effects of wildfires on livestock, there are ways cattle producers can prepare before the unimaginable happens. Emergency action plans (EAP) are important tools that all operations should develop prior to a natural disaster or emergency. These can be developed with your herd veterinarian, extension specialist, or BQA state coordinator. EAPs contain phone numbers of important team members including family and employees on the farm, local first responders, veterinarian, brand inspector, and more. Maps of an operation noting where important structures and roads are located is also included. Effective EAPs have a communication plan that can be found quickly during an emergency. A draft EAP can be found in the BQA National Manual at bqa.org.

As wildfires are predicted to increase in frequency and severity across the U.S., efforts to identify the impacts on cattle operations are ongoing. Cattle producers have adapted to new environmental challenges and will continue to do so. With new research being developed and collected every day, there are several researchers who are working towards practical tools to help producers adapt to these severe weather events. The BQA program strives to do the same by updating animal care guidelines using the latest scientific research. Staying up to date with BQA certification and utilizing BQA resources is one way that cattle producers can be proactive in their planning and preparation.

This article was originally published in the Fall 2022 issue of NCBA Directions Magazine.